Can branding help to make better places (and places better)

Here’s an article I wrote for the September issue of London Business Matters magazine about the role that environmental branding can play in turning new developments into communities rather than soulless groups of disconnected buildings.

It is an undeniable truth that the current development boom in London is changing, not only the visual cityscape but also the character and personality of areas and communities. In the part of West London where we are based, swathes of ex-council blocks, underused light industrial and warehouse units have been cleared to make way for high value, high density riverside developments totalling thousands of new dwellings. Some of the new-builds are mixed-use, some residential only, some beautifully designed with elegant balconies and landscaped communal areas, others…well, not so much!

What they all share though, is a sense of separatism – from each other and from the incumbent local businesses and communities in the area. They exist cheek by jowl but exude an aura of isolation and loneliness. Inevitable, perhaps, for new builds, but not unavoidable. The opportunity is there for planners, local authorities and developers to be a real force for positive change and regeneration, and to benefit themselves as a result.

Placemaking has been in the lexicon of urban development for decades – so much so that it has transcended buzzword status to become a cliché, engendering frequent lip-service but all too rarely, effective implementation. But the principles of placemaking still offer a solution to urban separatism and a potential pathway to creating vibrant integrated and desirable destinations. To achieve this, a placemaking strategy must pull together planners, architects, landscapers, community and commerce with a common purpose, galvanising involvement and participation from existing businesses and residents and attracting new input and investment. 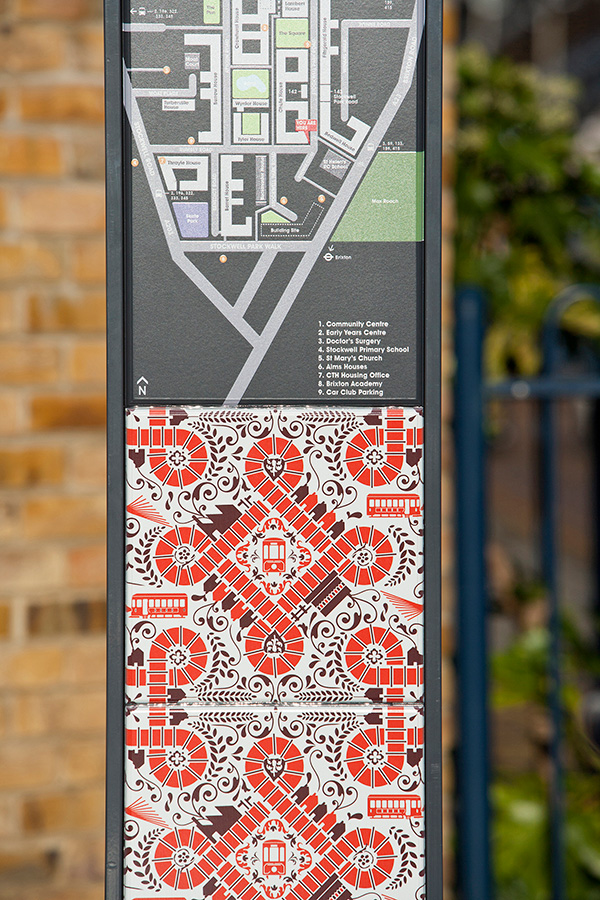 A key component of any placemaking strategy is branding, by which we do not mean simply a catchy name, strapline or logo, although these may well form part of it. Put simply, branding is the expression of the values and personality of an organisation, business or in this case a community, and that expression is articulated through every interaction between people and that community. It is a tool to help differentiate and communicate the unique characteristics of a place, give stakeholders a focus and sense of identity as well as a platform for marketing and communications and a vehicle for attracting inward investment.

Within the framework of a placemaking strategy, environmental branding is a means by which to express that identity and personality within the physical space itself, using the built environment as its canvas. But it goes beyond decoration or aesthetics to encompass functionality including navigation and physical orientation which helps to define and organise how people experience being in a place.

Large format graphics, applied to walls, windows, through lighting or surface treatments can not only become landmarks for navigation but also help to both create and reflect different functions and characteristics of a space, calm or stimulating, formal or relaxed. Simultaneously, signage and wayfinding can create a consistency and visual identity which unites different buildings and spaces, with their different users and functions

A well designed, well implemented environmental branding scheme can help seemingly dissonant collections of mixed and single use buildings and businesses to become vibrant destinations in their own right. And the principles apply equally regardless of scale. 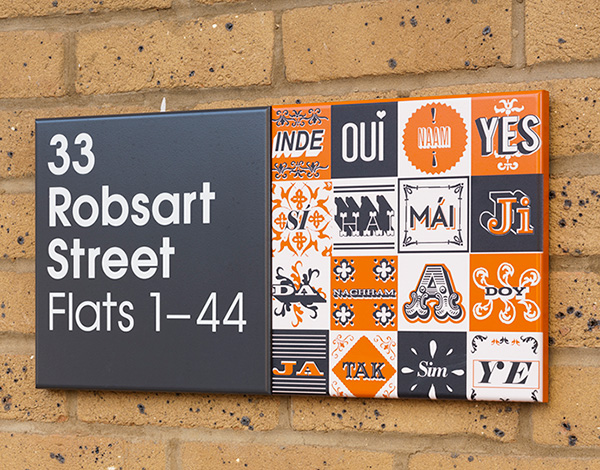 When Eddie Rama, (prime minister of Albania) first took public office, his radical “colourisation” program of the capital city Tirana used environmental graphics to transform the crumbling, crime-ridden city centre into a vibrant, kaleidoscope of colour, and in doing so catalysed a groundswell of civic pride and activism resulting in city-wide cleanups, improved housing and a massive decrease in crime. That led to a boom in inward investment and economic revival that became a self-fulfilling regeneration prophecy and the colourful graphics themselves became a symbol of regional identity and reclamation and a major driver for tourism.

At the other end of the scale, an environmental branding scheme for a shopping centre, for example, can create a sense of place and identity within a single building, even though that building may contain areas of different functionality (shopping, eating, entertainment, children’s services, staircases, lifts etc) as well as housing multiple businesses and brands all of which are competing to assert their own presence within the space. 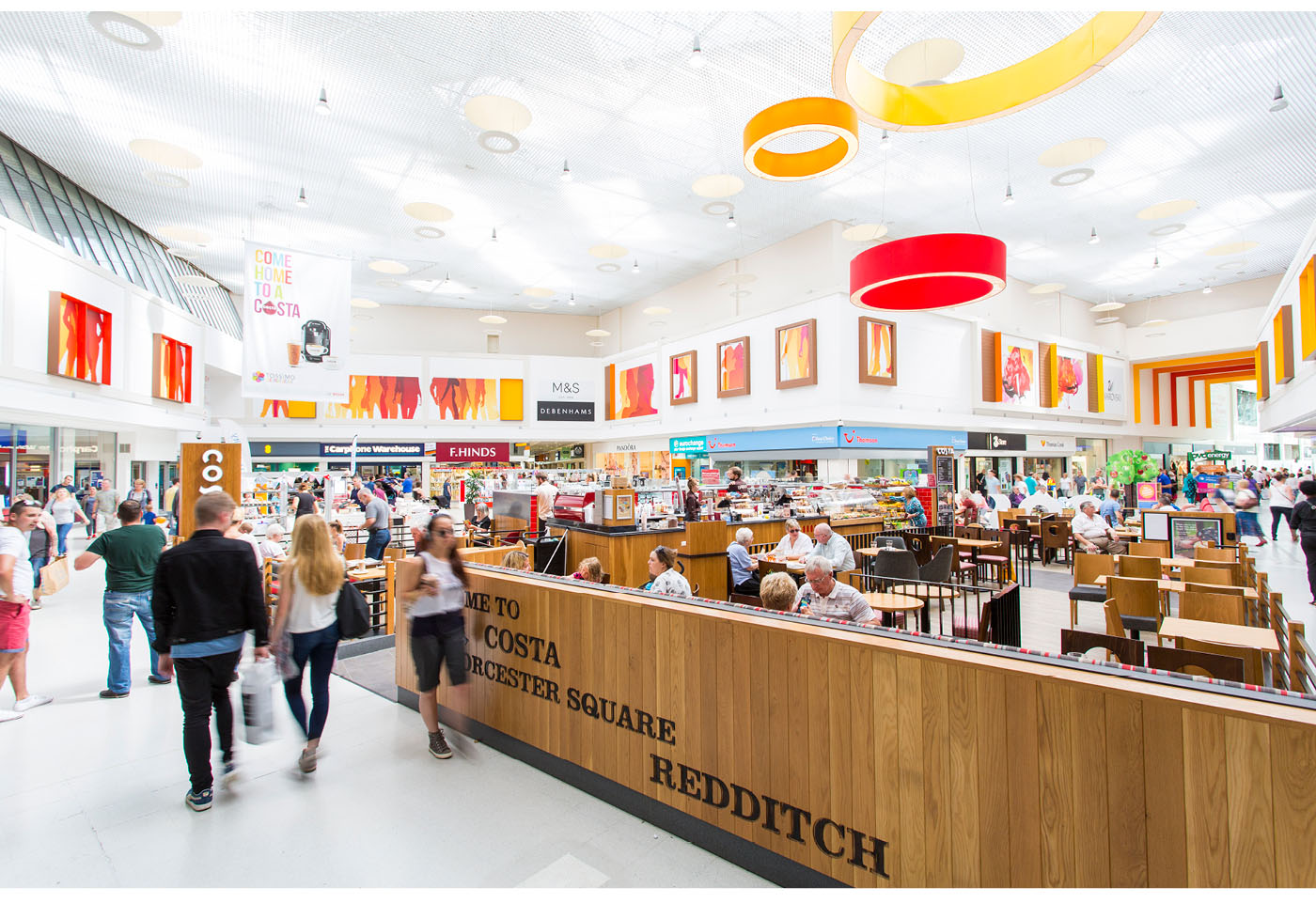 It is all about the experience of being within a place. And improving the way that people experience a location physically at the point of engagement makes it more likely that they will want to spend more time there, spend more money on retail and hospitality, become more stimulated and productive within workplaces and more engaged and involved with community and cultural enterprises. Which in turn creates more vibrancy, more dynamism leading to further improvements to the experience of that place.

Successful branding and placemaking strategies which help developments to become vibrant, multifaceted destinations with clearly defined personalities are not simply creating emotional benefits for local residents, businesses and communities, but can also offer a pathway to tangible returns for developers and investors in terms of increased demand and sales.